Our goal is to teach the kids about the love of God and to show them how to be an example of His love.

We do interactive Bible lessons for children ages 0 to 6 (nursery) and children ages 7 to 11 (children’s church). The classes teach the kids life lessons that allow them to apply what they have learned in their lives.

YOU SHOULD BE A LIGHT

– The link to an overview of the lessons we are teaching at the moment is below:

YOU SHOULD BE A LIGHT

– The link to an overview of the lessons we are teaching at the moment is below:

Alyssa is married to Ethan Neitzell, whom she met in Minnesota at her grandparent’s church. They have been married since June of 2020.

In her spare time, Alyssa loves enjoying the outdoors and watching movies, her favorite is the Disney movie, Aladdin. Being a child at heart, Alyssa loves to do arts and crafts and play her favorite board game “Life.” Her favorite foods are pasta and brownies, two things no one can resist! You can always find Alyssa singing her heart out and crying of laughter. Her smile truly lights up the room.

We Are Blessed with Amazing Teachers, Rachel Loiselle and Sierra Barela

Rachel Loiselle found her passion for working with children, which made her pursue a career as a teacher. She graduated with her Master’s in Science Education in hopes of working for the local school district.

Rachel has been attending Lighthouse Christian Center for the past 14 years, where she learned she could not only pursue her passion but do God’s work at the same time. Four years later, she began teaching at the Children’s church and has continued to do so for the past ten years. Rachel says she loves to see the kids enjoy learning about the Bible in her class.

Rachel met her husband, Brandon, in 2012 at a Bible camp in Wisconsin. He became friends with her older brother, which opened the door for them to start dating in 2014. Brandon moved to Joshua Tree in the summer of 2016 to be closer to her and began attending Lighthouse Christian Center that year. The two then married in August of 2018. Together, they also lead the Young Adults.

In her spare time, Rachel loves spending time with her family and their two dogs. She enjoys reading and watching movies. Her favorite movies are the Lord of the Rings trilogy. You can always find Rachel doing silly things to make the kids laugh. She truly enjoys ensuring the kids have fun during their class time.

Sierra Barela has been teaching Children’s Ministry for one year. In 2017 she met her husband, Anthony, who introduced her to Lighthouse Christian Center. The pair quickly fell in love and married two years later in 2019.

Sierra has worked in the veterinary field for five years and is currently going to school to be a registered nurse.

In her free time, Sierra trains her dog Dakota in agility and running courses. She also loves spending time with her husband. The two are inseparable.

Every person working with children/youth in a volunteer or paid capacity is required to have a background check done every five years. 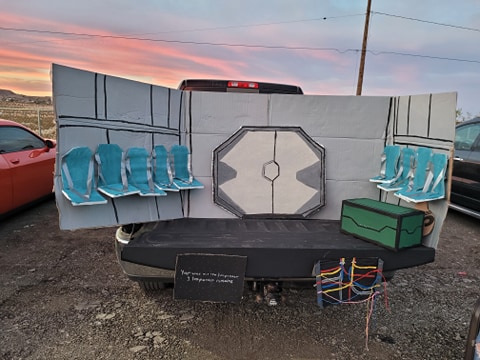